John H. Kenney established his law office in Delavan, Wisconsin shortly after World War II. That law office would ultimately be known as Clair Law. Attorney Kenney concentrated his practice in the areas of real estate; estate planning; and probate.

Attorney Kenney had a juris doctor degree from Marquette University. After serving as a special agent with the Federal Bureau of Investigation, he retired and formed the partnership of Kenney Korff and Pfeil here in Walworth County, Wisconsin. Attorney Kenney was elected president of the Walworth County Bar Association in 1948. In 1972, J. Edward Clair joined Kenney and the partnership of Kenney & Clair was formed.

J. Edward (Ed) Clair was the founding partner of Clair Law, and worked extensively in all areas of real estate law, corporate law, probate law and estate planning. Attorney Clair had over 60 years of experience in the legal profession. 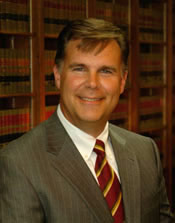 After serving as a special agent with the Federal Bureau of Investigation for 10 years, John Clair joined the law firm in 1998.

Attorney Clair held a Bachelor of Science degree in Business Economics from Marquette University (1984), and a Juris Doctor degree from Marquette University (1987). He was admitted to practice law in all states courts of Wisconsin, in the Eastern and Western Districts of the Federal Courts in the State of Wisconsin, as well as the Supreme Court of the United States of America.